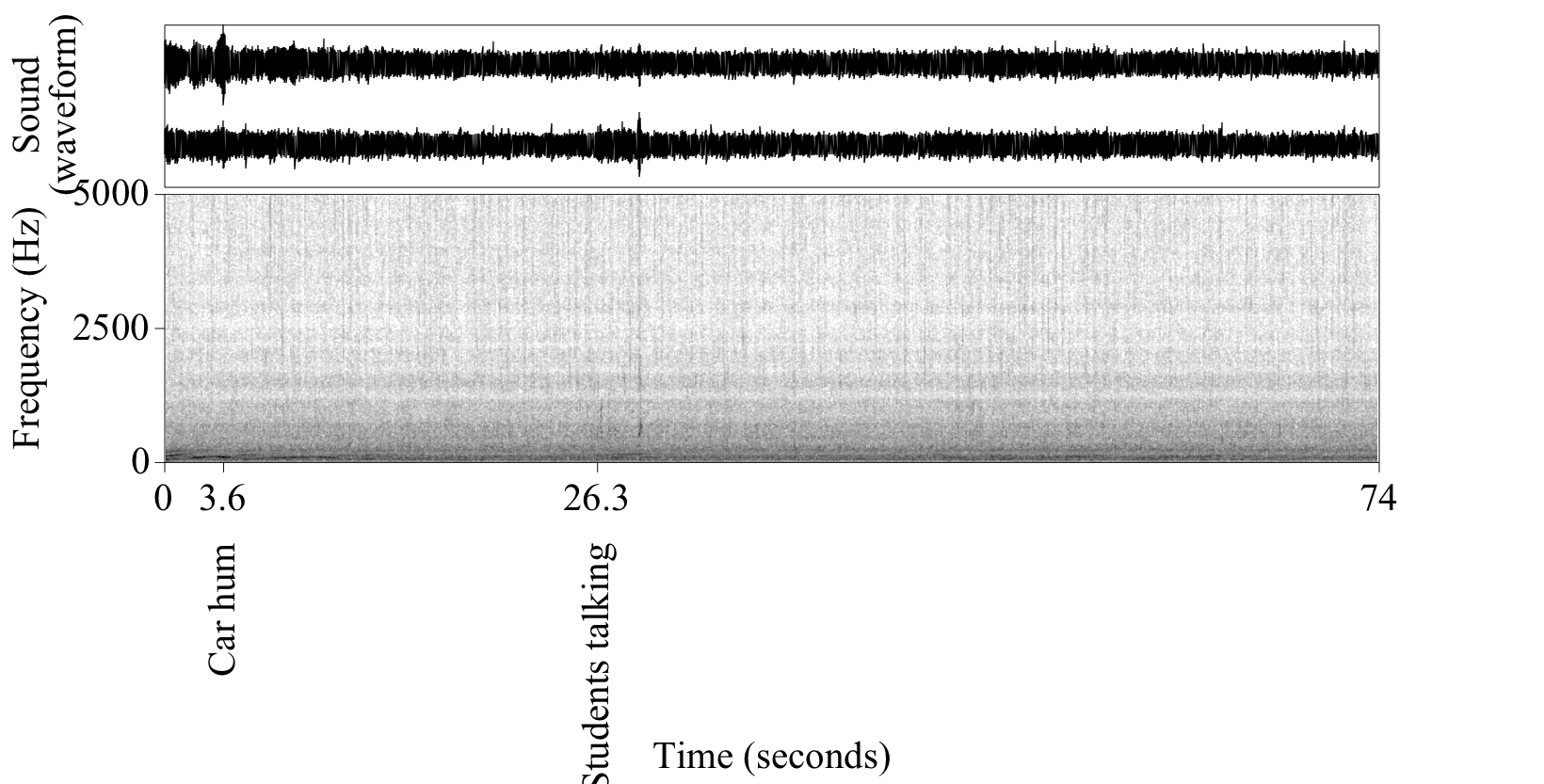 Location: Fountain in the middle of the academic quad

This location was the fountain in the middle of the academic quad at Pomona College. It was a relatively clear and sunny day.

Recording Setup: The recording device used was the TASCAM DR-40 Linear PCM Recorder, and it was placed on one of the benches next to the quad.

About the soundscape: The recording took place around 2:00 p.m., so many students were either in their dorms or in class. This led to a rather uneventful, yet peaceful soundscape of the fountain. Specific keynotes in this soundscape had to be the constant rushing of water going down the fountain, as well as the underlying hum of vehicles passing by. The recorder was placed at a moderate distance from the fountain, so it was audible throughout the recording but definitely never overpowering. The humming of car engines was also present in most of the soundscape, but it was loudest around 3 seconds in the start of the recording, leading me to believe that a vehicle passed by in the adjacent street to the fountain. A signal that was heard near the end of the recording was the two students talking indistinctly as they were walking by. The final “yeah” from one of the students was the only word that was discerned from this conversation. The rest of the recording consisted of the peaceful sound of the fountain.