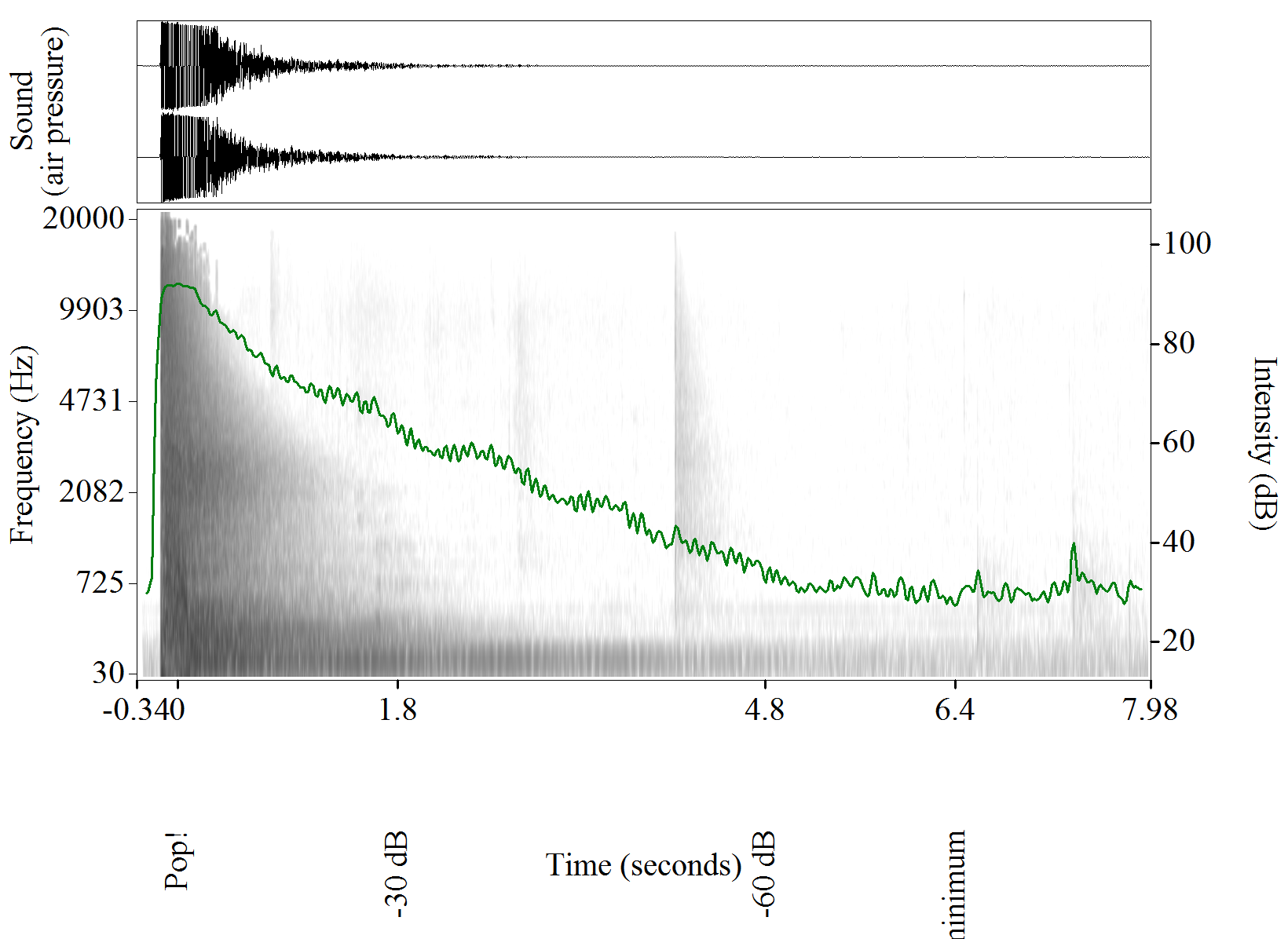 Description of the space. It is an enclosed two-flight staircase. The walls, which include a wall separating the two flights of stairs, are of painted concrete. The steps and landing are covered in laminate tile and appear to be concrete underneath. The stairwell has doorways at top and bottom, usually open, for entry and exit. They were open during this recording. The ceiling is at an angle, so that the distance above any step is approximately approximately ?? feet. Total height of the stairwell from the bottom landing to the ceiling above the top landing is approximately ?? feet.

Acoustic description. The resonance in this space prominently reinforces a pitch that I hear as the E-flat just above middle C. This pitch becomes audible as a hum less than a half-second after the pop, and it remains perhaps the most prominent feature of the sound for about two seconds. It is visible in the form of a dark band  running across the spectrograph at about 312 Hz. Also, the reverberance of the stairwell produces a vibrato- or tremolo-like effect that is visible in the spectrograph’s striated low-frequency band.