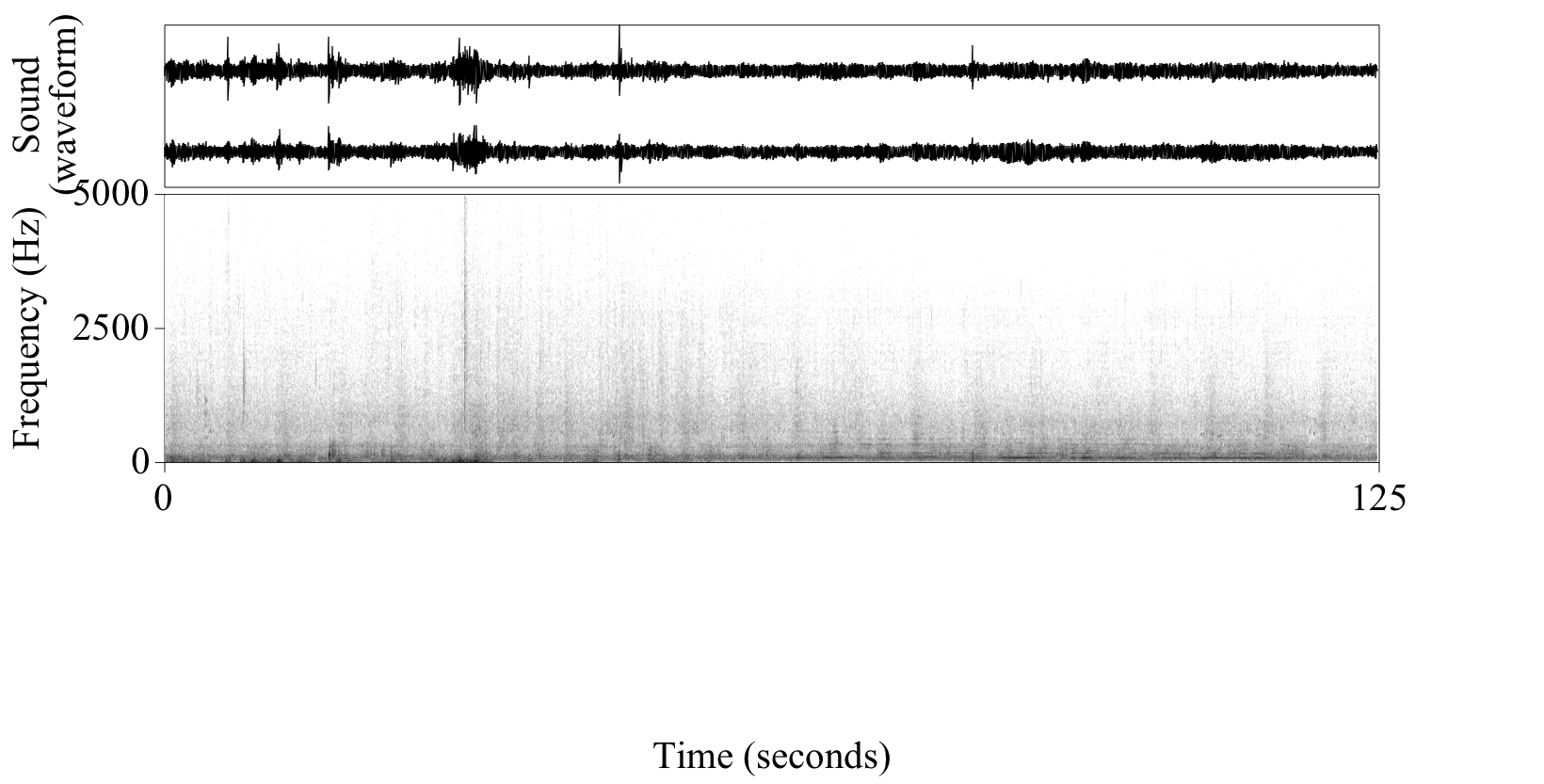 *The recording and image do not necessarily reflect all of the sounds written about below. The recording was taken on a Wednesday afternoon whereas the writeup was done on a busy Sunday afternoon.

The Scripps pool at the Tiernan Fieldhouse is a significant soundscape of the Claremont Colleges. I was here on a Sunday afternoon between 12:00 pm and 3:00 pm. There is a certain level of exclusivity to this soundscape, since only Scripps students and faculty are allowed to enter the pool at these hours. However, the recording was made on a quiet Wednesday afternoon. Some keynotes[1] I noticed were the constant hum of the water filtration system, the bubbling fountain next to the pool, and the gentle waves created by swimmers. These place the listener in the atmosphere of a public pool. It is easy to tune out these sounds since we are so used to hearing them in such a space. Other keynotes include the wind rustling the leaves and the birds chirping occasionally. The mixture of nature-based and man-made keynotes reflects how a pool is a man-made construction with the qualities of emulating nature. The recording reflects these keynotes, however the recording lacks some of the signals that I heard on the Sunday afternoon.

Some signals[2] I noticed included chattering voices (consisting of both lively and quiet conversations), a pet dog barking occasionally, and the subtle clicks on keyboards of people doing homework. During the first couple hours here, there were only a few people, mostly at the pool to do homework. It was an overall quiet and peaceful atmosphere. But later in the day, more people came to relax and strike up conversation. The function of the pool changed from a study atmosphere to a social atmosphere. Unlike keynotes, the signals changed over the course of my visit at the pool.

[1] The term “keynote” is defined in R. Murray Schafer, “The Soundscape.” Reprinted in The Sound Studies Reader, edited by Jonathan Sterne, 101. London and New York: Routledge, 2012. He describes the keynote sound as the “anchor or fundamental tone and although the material may modulate around it, often obscuring its importance, it is in reference to this point that everything else takes on its special meaning.”

[2] The term “signal” is defined in R. Murray Schafer, “The Soundscape.” Reprinted in The Sound Studies Reader, edited by Jonathan Sterne, 101. London and New York: Routledge, 2012. As he puts it, signals are “foreground sounds that are listened to consciously”.

[3] The term “soundmark” is defined in R. Murray Schafer, “The Soundscape.” Reprinted in The Sound Studies Reader, edited by Jonathan Sterne, 101. London and New York: Routledge, 2012. “Soundmark” refers to a community sound which is unique or possesses qualities which make it specially regarded or noticed by the people in that community.