Location: Corridor located within the basement complex of Harvey Mudd College’s academic buildings. The map below shows the exact location of the corridor. 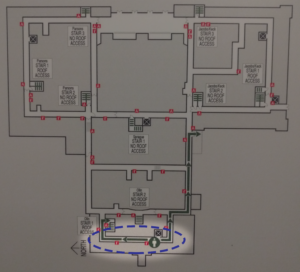 Description of the space: The corridor is approximately 7 ft wide, 9 ft tall, and 90 ft long. The ends of the corridor turn at 90 degree angles and keep continuing. There are doors that are slightly caved in, as well as light fixtures on either side of the corridor which might prevent reverberation. The floor is solid, although a portion of it is carpeted. 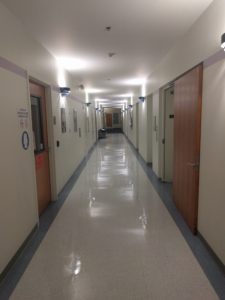 Recording setup: The recording was done at the center of the corridor. I held the balloon 5 feet high, approximately 6 feet from the TASCAM DR-40 Sound Recorder which was placed on the floor using a tripod.

Acoustic description: The resonance of this space does not cause any echoing, as the intensity drop seems to be linear, without any secondary peaks. The decay time is also relatively fast, which could either be caused by the placement of the recorder, or the acoustic properties of the corridor. 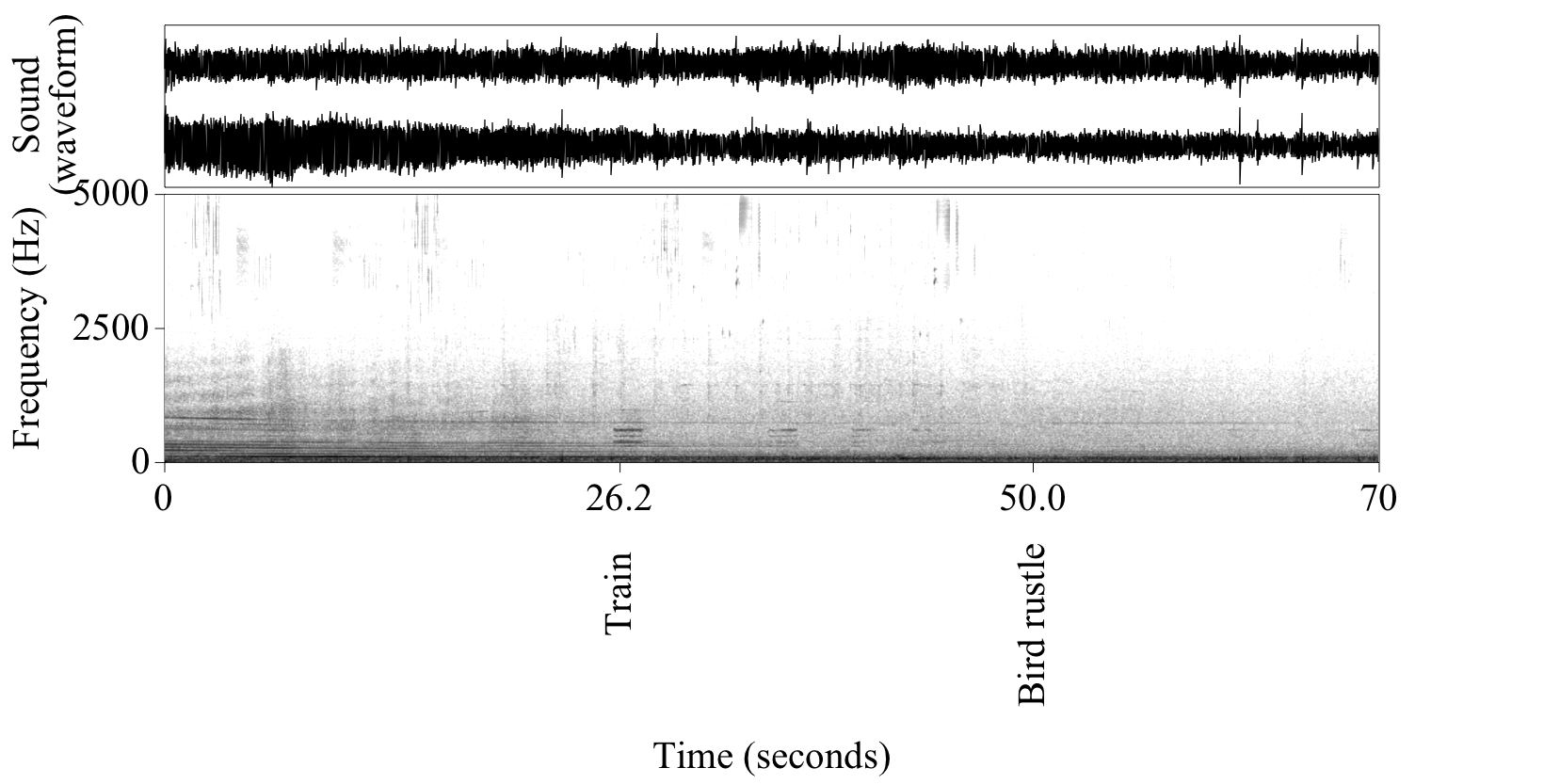 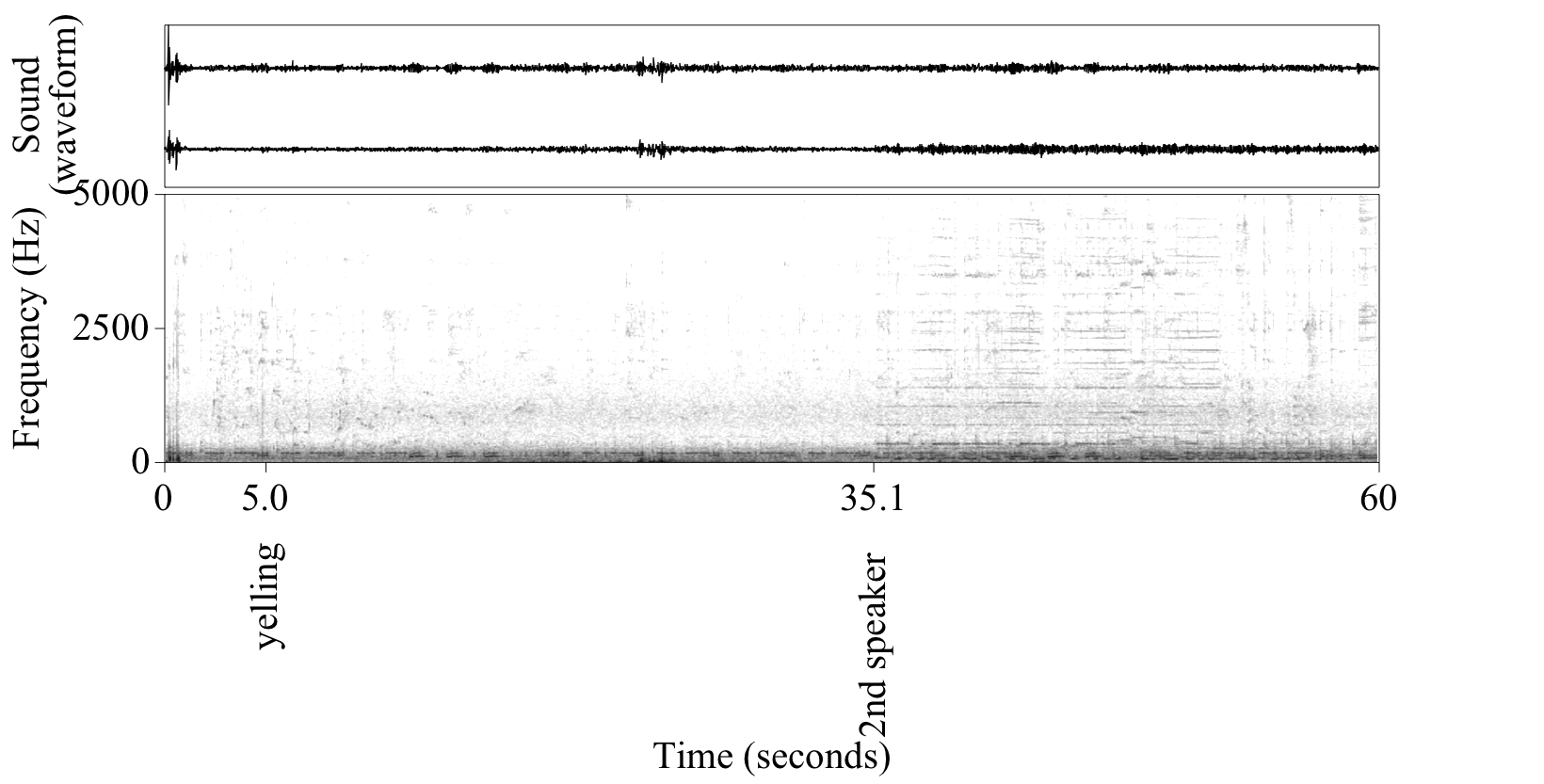 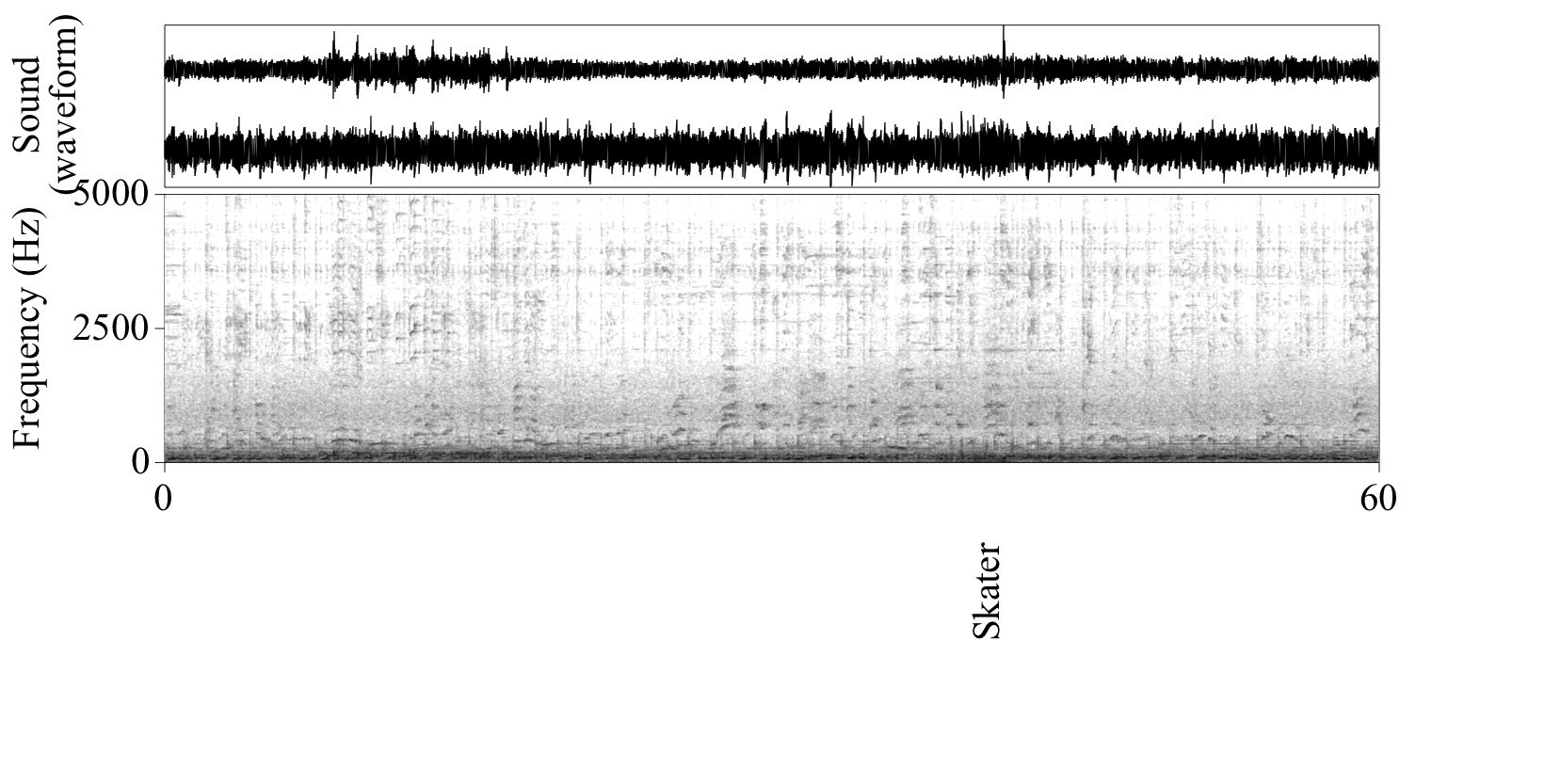