Pitzer’s Outback is a designated zone for native wildlife that is one of the few places on campus designated not to be used for construction in the future. It contains a variety of wildlife and is situated on the corner of two major streets.

This recording was taken sitting on a bench in the Pitzer Outback. The microphone was placed on a stump pointing towards a nearby tree around noon. This resulting in a large amount of traffic through the nearby intersection of Mills and Foothill, which is heard throughout the recording as a keynote, a sound that is both constant and almost immediately ignored. The constant breeze that day resulted in yet another keynote, as it was ever present. Two very clear signals permeate the soundscape, an early propeller powered plane, which flies overhead, and about a minute later in the form of a particularly loud car accelerating from a stop. Despite the heavy traffic, several keynotes of a natural area can be heard, including birds and some smaller ground based wild life that scurries about. 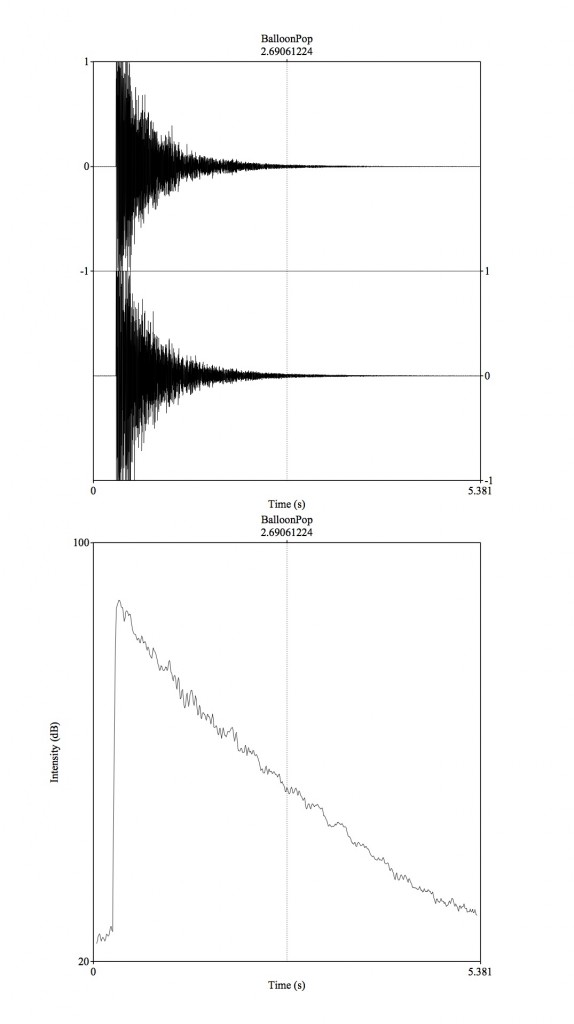 This recording was done in the underground tunnels beneath X and Y towers in Mead Residence Hall at Pitzer College. It is a very small confined space, made primarily of concrete and brick. The area is completely enclosed as is easily heard from the popping of the balloon. The exact point in the tunnel that I chose to pop the balloon in was devoid of any objects except some metal piping that runs throughout the tunnels.