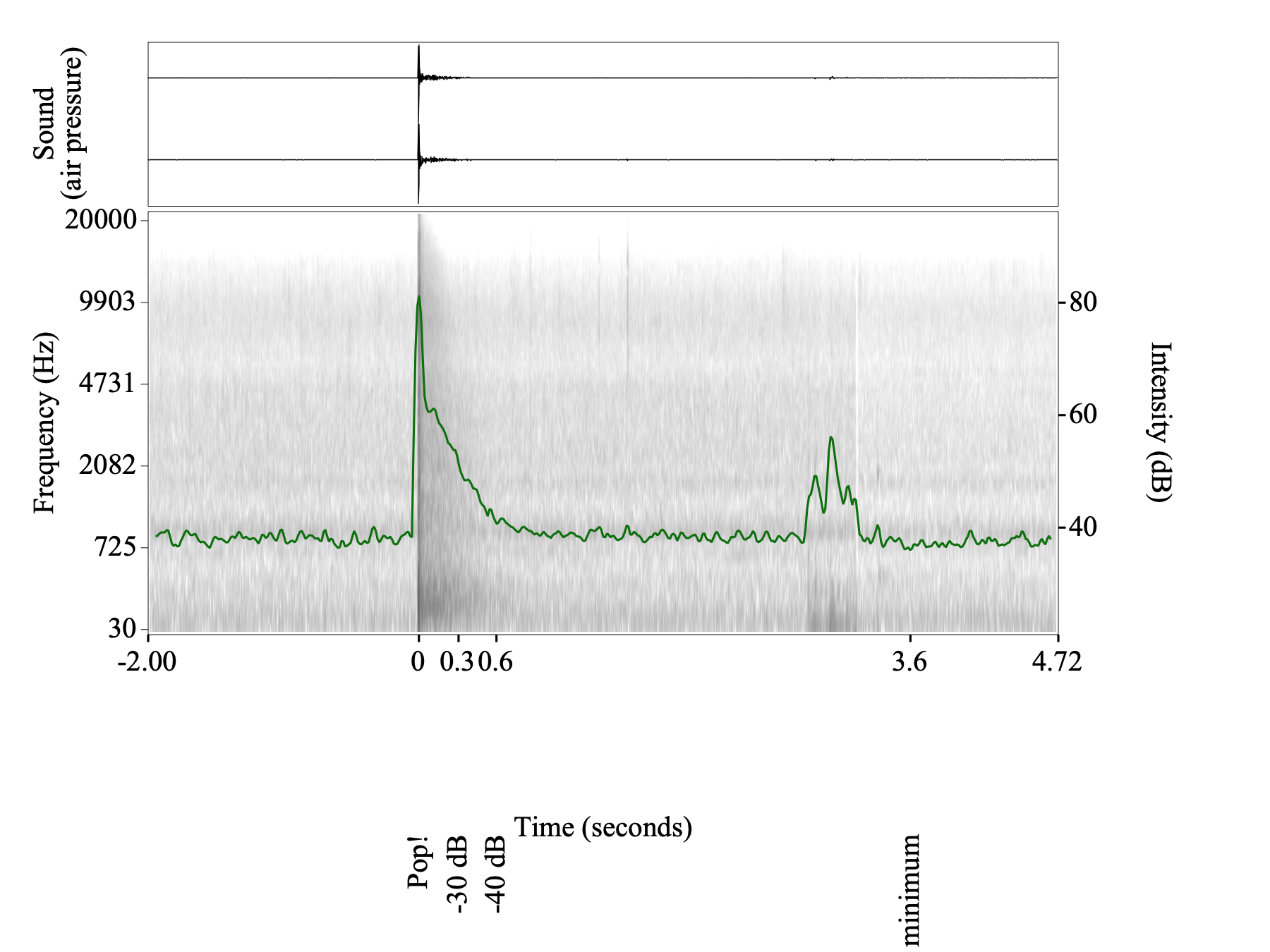 Description of the space: The Skyspace is a permanent architectural installation by James Turrell consisting of of a square courtyard enclosed by metal columns surrounded by palms and ferns, and encircled by the Lincoln-Edmunds academic building. The roof of the space has a square opening in the center to allow viewing of the sky. There is a large square fountain

Recording setup: The balloon was placed approximately two feet from the west edge of the central fountain, three feet above the ground, with the microphone placed at the same height three feet away from the balloon.

The balloon pop provides an interesting picture of the Skyspace’s reverberance. The pop seemed to have a certain richness to it–a richness that would not be present if the space was fully enclosed. This semi-enclosure in terms of walls and other hard surfaces being present, but spaces open to the outside also being present led to a unique auditory perception of the space. The sound was also scattered by various small objects, like the benches. Moreover, not only did the sound of running water underlay the balloon pop itself, but it was also evident in the reverberation. In essence, an integral part of being inside the Skyspace is noticing how sounds (from the water and otherwise) reverberate, and this characteristic was made particularly evident from the balloon pop. 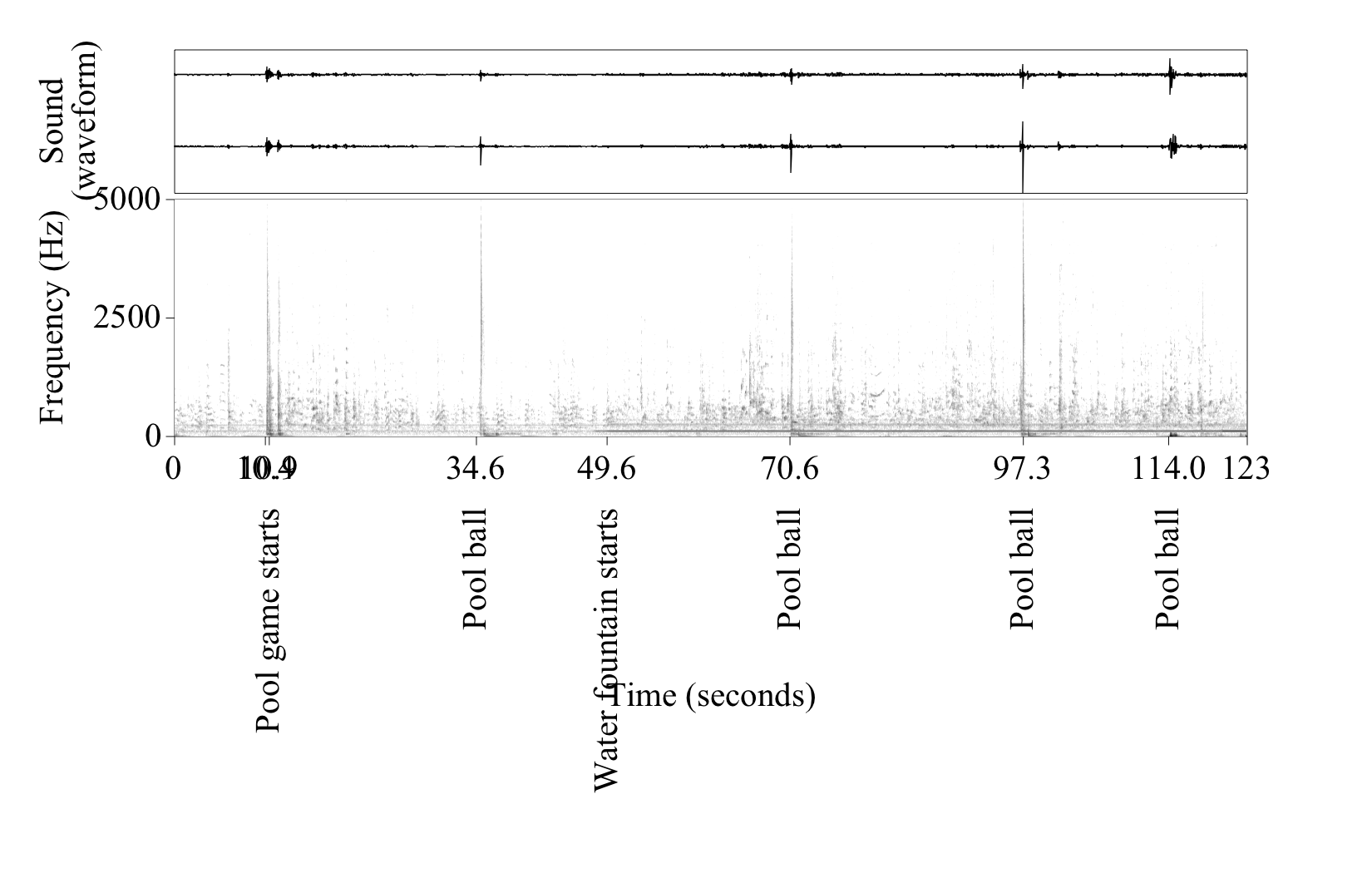