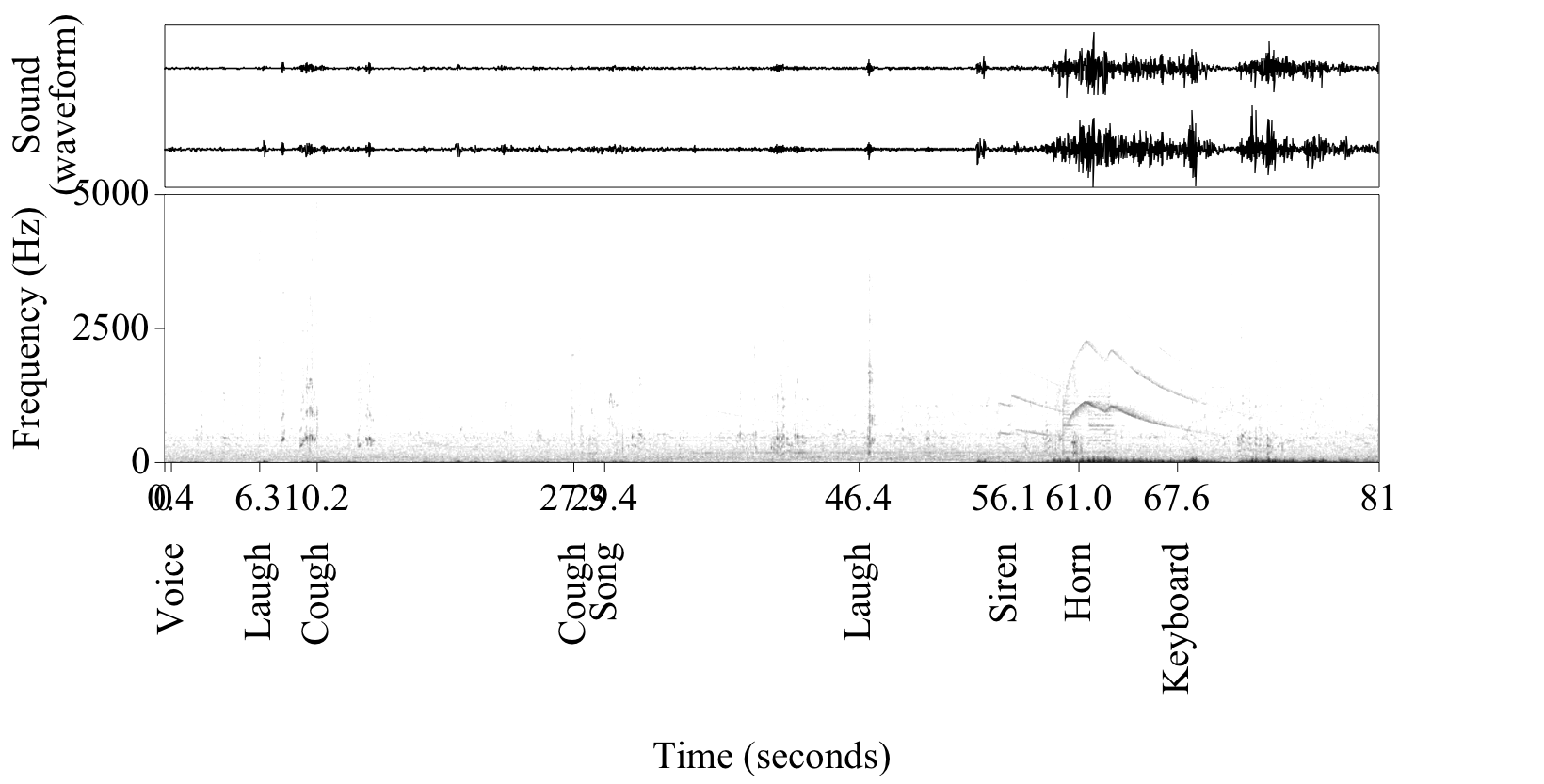 Recording Setup: The TASCAM DR-40 Linear PCM was placed on the balcony of the room facing Bonita Avenue.

About the Soundscape: The recording was made at 8:51 PM, on February 28, 2017. This was a lively evening in the room, as one resident was playing a video game while talking to a friend through the console’s headset; the other was watching a show on Netflix with a friend. The prominent feature of this recording is the voice of the resident playing video games, as he was closer to the recording device. He was speaking in Portuguese. The voices of the others can be heard faintly in the background, as well as periodic coughs and laughs. About a third of the way through the recording, a character in the show breaks out into song. Later, an emergency vehicle drives down College Avenue with sirens on. The room is close enough to that street to hear its traffic, especially when the window is open. The main keynote of this soundscape is traffic on College Avenue and Bonita Avenue. The soundmark of this soundscape are the conversations each resident is having; it is not uncommon for either of the residents to be playing a video game or watching a show. Despite this, the room is not usually that loud – most of the conversations I have had with people living in that room or a neighboring room have happened in either the hallway or a different room.