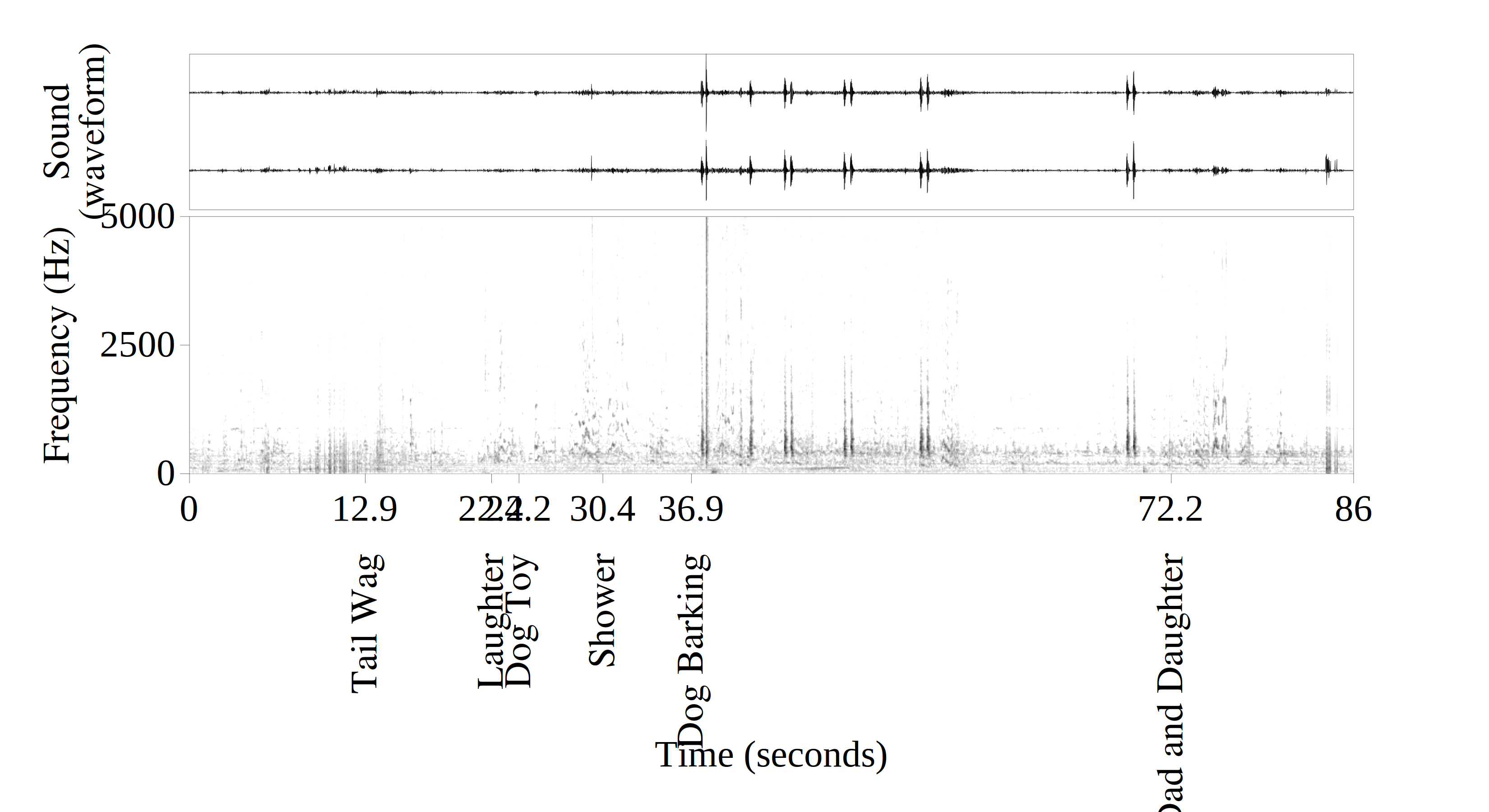 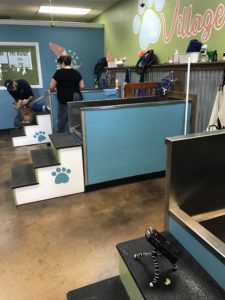 Picture of recorder setup and washing stations at time of recording.

The Village Mutt is located in a shopping center on Foothill Blvd. In Claremont, right across the street from Harvey Mudd College. It is a pet-wash located right next to an animal orphanage and child day-care. These unique buildings all near each other form a very interesting segment of the greater 5C soundscape. The store itself is filled with animals waiting to get washed and a lot of equipment to clean them. My recording takes place at about 11 AM, so the shop had just started running for the day.

I made this recording with the TASCAM DR-40 Sound Recorder by setting it on a small tripod placed on a table about 3 feet off the ground. The table was placed near the middle of the main lobby of the dog-wash, facing toward a sink/hairdryer machine that a dog was being cleaned on. The recorder was underneath a speaker in the ceiling playing music.

When the recording begins, we can hear a few people talking in the wash and music lightly playing from the aforementioned speaker. Starting at 12.9 we begin to hear a large dog wagging its tail on the ground. This is the first sound that marks the soundscape as something special: a place for pets and animals. This wagging is thus a soundmark of the location of the recording, but at a more general level this is an audible signal from the dog about how it feels at that moment. At 24.0, we hear another small squeak, namely a dog playing with a dog toy. This too is a soundmark for a location such as ours, as it is not usual to hear such a noise in any place without pet prominence. A pet-shower begins running at 30.4, another soundmark for a pet-wash, and at the same time we hear a small child talking with her dad. This was an interesting and unexpected addition to this soundscape recording, but I believe it acts as a keynote for the greater area, showing the interactions between the area and the daycare nearby. Though the exact sound itself may not be common, a set of very similar sounds pervades the area. 36.9 on to about 54.0, with a final instance at 69.2, introduce a routine dog bark that acts as not only a soundmark, but again a signal to the trained ear as to how the dog is feeling or perhaps even the breed of the dog in question. The recording wraps up with another listen in to the father and daughter, and hear the inflection of their voice can be used as a specific signal to help listeners understand the feelings between the two in the recording.