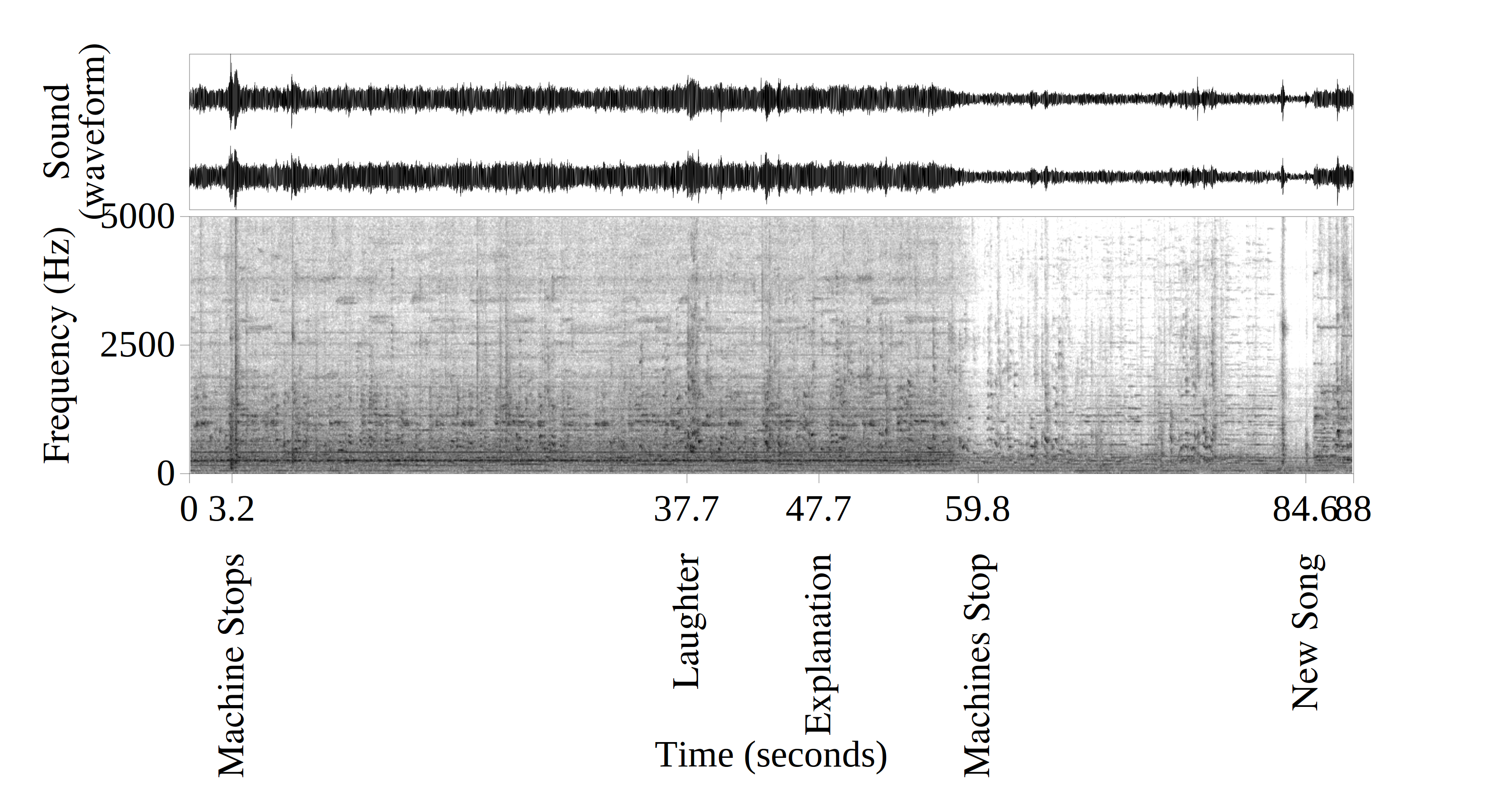 This recording was taken in the machine shop in Harvey Mudd College’s Libra Complex. The Libra Complex is Mudd’s series of tunnels and halls that lie below the academic half of campus. The halls are filled with classrooms and labs. Specifically the room of this recording is an Engineering machine shop filled with student workers and high-end machines such as computer-led lathes and presses. The shop itself lies underground which separates the sounds in the environment from the areas around them. This also adds an interesting soundproofing between many of the rooms as the noise has to penetrate earth walls between rooms. The room has machines lining the walls, spaces for shop proctors (read: instructors) and for students to work, and a radio on a table at the far end for music.

I made this recording using the TASCAM DR-40 Sound Recorder by putting it on a small tripod that I set on the ground next to an unused machine. The recorder was in the middle of the room and faced a machine about 7 feet away that a student was working at.

This clip begins with a prominent soundmark of the machine shop: machines whirring. This noise is presented in conjunction with music from the radio, another soundmark of the machine shop, and student chatter, a keynote for the hallways of the Libra Complex. At roughly 3.4, we hear the clang of a lathe stopping. This is a signal in this soundscape as it alerts others that something important is happening with a machine. The general chatter and whirring continues until we hear another signal at 37.7, the laughter of one of the students. This is a signal of the student’s feelings. At 47.7 we hear another keynote of the Libra Complex’s, explanation from a supervising student, in this case a shop proctor, to another student. This dynamic occurs frequently among students working in the different rooms of the complex. At 59.7 we again her the signal of another machine stopping, and after this point the recording is much quieter, leading us to hear more of the background music and conversation. The final noise of the recording is the song changing and the shop proctor reacting to change the song at 84.3 on. This is a signal of how the shop proctor responded to the new sound, as well as a soundmark that characterizes the space of the machine shop itself, as music changes are quite common.