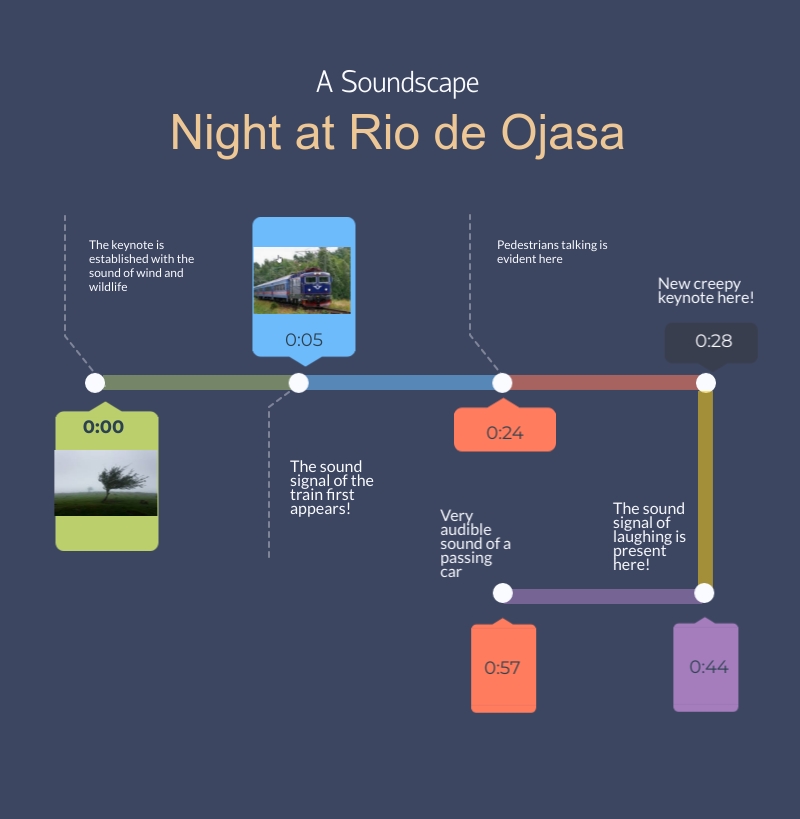 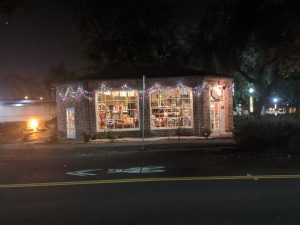 This soundscape was taken in a place characteristic of the Claremont experience: the village. At the intersection of Bonita and Harvard N Avenue in front of  Rio De Ojas, you can hear a variety of soundscapes. With my phone as a recorder, I stand in the tranquility of the night as sound marks of the square trickle into existence. At the beginning of the recording, you can hear the keynote of the calm ambiance of lamps and the wind. Later in the recording, you hear cars passing by and the infamous train sounds. These sounds are characteristic of the village and Claremont as a whole and are most identifiable by Pomona south campus residents and I would argue that they represent the soundmark of the village at night. Sound signals also exist in the recording. An example would be the sound of the train horn and laughter from pedestrians.