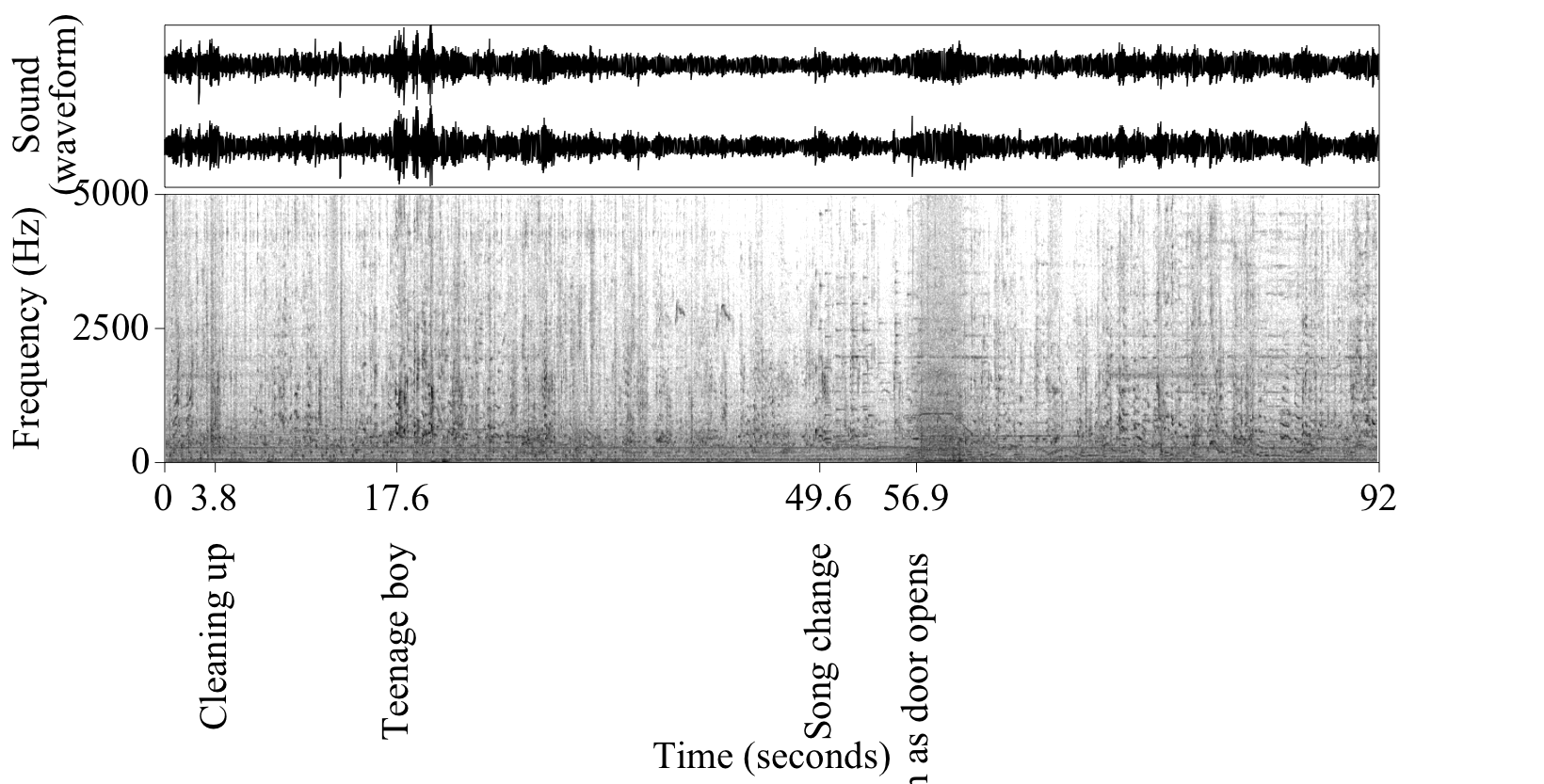 Location: Starbucks at the Village

This location was inside the Starbucks inside the Village, next to Pomona College. It is a relatively small-sized shop, with multiple tables and a cozy environment.

Recording Setup: The recording device used was the TASCAM DR-40 Linear PCM Recorder, and it was placed on top of a table in the corner of the shop, next to the entrance.

About the Soundscape: The soundscape was recorded around 6:00 P.M., which seemed to be quite a busy time for Starbucks. There were people moving in and out constantly, and there was never a quiet moment when recording my soundscape. The keynote of this soundscape consists of two components. One has to be the constant indistinguishable conversations of the people around us. I was not able to make out a conversation from other people, but there were some moments where someone would say something louder than normal, such as a high school student exclaiming something to his friends. This would be regarded as more of a signal. Another keynote in this recording was the music playing through the speakers of the shop, and it help set the overall soundscape of a bustling coffee shop. Finally, a soundmark that was present in this soundscape was definitely the prominent sound of the fan and door when someone was entering or exiting the store. It would happen at regular intervals and indicates that this particular Starbucks was having a busy day.